Europe is united by education, equality and democracy

Education falls under the mandate of national government. This should remain so also in the future. The EU is nevertheless an important influencer of education policy, as it sets common goals and objectives for member states and influences the development of education systems.

Finland has been a member of the EU for 23 years. Our country is part of the Western community of values.

The EU is an important reference group for us, not least because half of our exports go to the euro area. Through its EU membership, Finland seeks security, prosperity and stability. Our goal is for Finland to be actively involved in the EU as a strong proponent of multiculturalism, openness and diversity.

OAJ has a positive attitude towards EU membership, but that does not mean it is without criticism. OAJ wants to play an active role in influencing Europe’s development by collaborating with members of the European parliament, the Ministry of Education and Culture and the Finnish Government and Parliament. We are also actively involved through the European organisation of teacher trade unions, ETUCE.

According to the principle of sovereignty, education falls under the mandate of national government. This should remain so also in the future. The EU is nevertheless an important influencer of education policy, as it sets common goals and objectives for member states and influences the development of education systems.

Finland will assume the presidency of the Council of the European Union for the third time when the new government begins its term in summer 2019. Finland’s presidency will begin on 1 July, prior to which Finland is a part of the presidency trio for six months. In OAJ’s opinion, Finland must, during its presidency, highlight competence, availability of skilled workforce and training, all areas in which we have something to offer Europe.

OAJ’s goal is to reinforce a Europe whose success is based on:

It is only by investing in education, training, research, development and innovations that Europe will remain competitive. Education and training can also help reinforce the sustainable development of democracy and inclusion, as well as safety. Quality education and training promote European unity, the availability of workforce and the integration of immigrants into society and labour market, as well as contribute to building a sustainable future. The simultaneous lack of jobs and employees is a Europe-wide problem. There are as many as 18 million unemployed people in the EU area and, at the same time, two million vacant jobs that are difficult to fill. Unemployment is high especially in southern Europe and among young people.

The situation demands the development of the single market, better recognition of competence and the development and dissemination of effective practices
at all levels of education and training. High-quality and accessible early childhood education and teaching must be the priorities of European education policy also going forward.

OAJ’s parliamentary election theme of #koulutusratkaisee (i.e. #educationisthesolution) therefore applies to all of Europe. Only an EU of skilled citizens can succeed in global competition. The transformation of work, digitalisation, the free movement of workers, climate change and immigration are all challenges that are being resolved by investing in education, training, science and research. 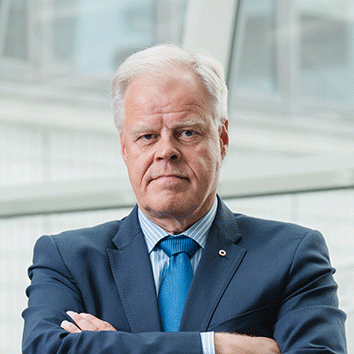